Meet the Balda. It’s a cracking little snapper with a history.

The Baldax was made in Germany through the 1930s. You would imagine it pretty much stayed there. So how come it ended up in the hands of a Japanese soldier in the far east in the 1940s? It came into the possession of my ex father in law (father in outlaw?) who was building bridges for the army at the time in places like Borneo. His telling of it, and I’m afraid I’m hazy on the details, is that it was in a pile of stuff that had been removed from captured prisoners. I do know that he had a strong moral sense and principles and would not have done anything nefarious to obtain the camera. The problem is that I didn’t listen well enough at the time and he’s no longer here to ask.

So he used it on periods of leave in places like Thailand. Then it probably went into a box in the loft for the next forty years, when he gave it to me.

What we have here is a little folding camera around 75 years old that takes 6×4.5 images on 120 roll film. It’s basic zone focusing with a tiny little viewfinder. The body has spots of rust. It works like a charm. 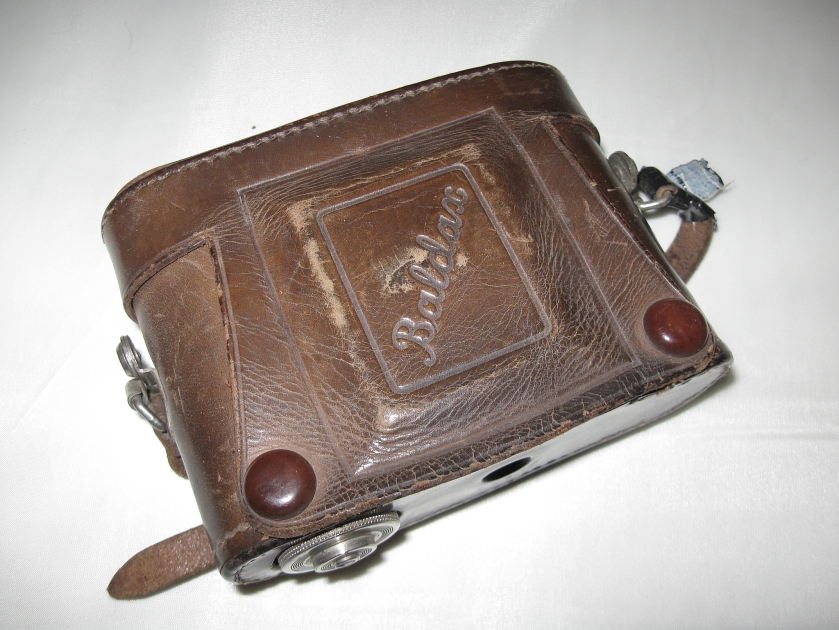 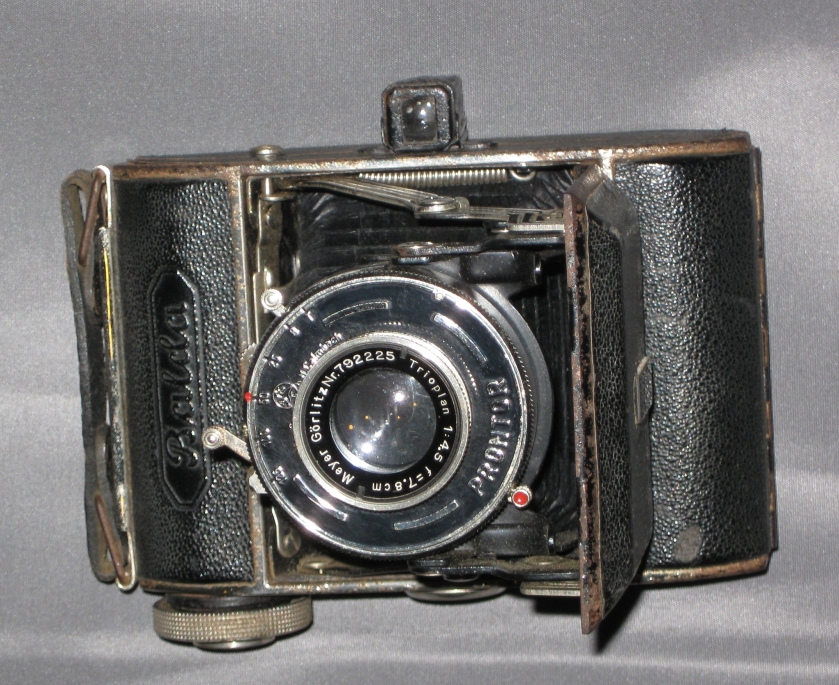 It’s absolutely typical of how cameras worked at the time. The front snaps open when you press a button on the body. The shutter has to be cocked before it can be fired. You have to remember to wind on the film. There are two windows to view the frame numbers through. You wind to the first one, take a picture and then wind to the second window. This would have been because film at the time did not have dedicated frame numbers for 6×4.5 so it worked from the 6×6 ones. This results in the negatives being slightly paired rather than evenly spaced, much like half-frame on 35mm. But the miracle is that this thing has a working shutter and light-tight bellows. I should be so good at that age.

The lens is a modest triplet and focused by moving the front element. Within its limitations it can be pin sharp. The odd thing is that the distance scale is marked in feet. It makes me wonder if he didn’t buy the camera in England and take it with him, and the story was no more than a story.

The little pull-out leg on the lens cover means the camera can be stood on its own feet to take long exposure shots.

As seen in the Matrix

While it might not get much use, I would never sell it. Nor would I destroy it. This thing has history.