Now here’s an odd little camera. The Universal Camera Company originally made cameras that they sold on the same principle as razors: the money is in the refills, not the product. So they sold a well-featured camera with a high top shutter speed that used their proprietary film. And they sold them by the ton.

They switched to using the standard 35mm film cassette but didn’t want to redesign the unique rotary shutter. Since the standard 35mm frame was larger than their own film and the hole in the shutter was a bit too small, they repackaged the camera as a half-frame 35mm. They sold these from 1945 to around 1948 until the company staggered into bankruptcy and decline and faded away during the 1950s. They had patents on the shutter, so nobody else used it.

So the result is a nicely-made and highly-detailed little camera with a unique and fast shutter. Because of the way the shutter works it is supposed to hold its speeds well and not lag and drag like an old cloth focal plane job. 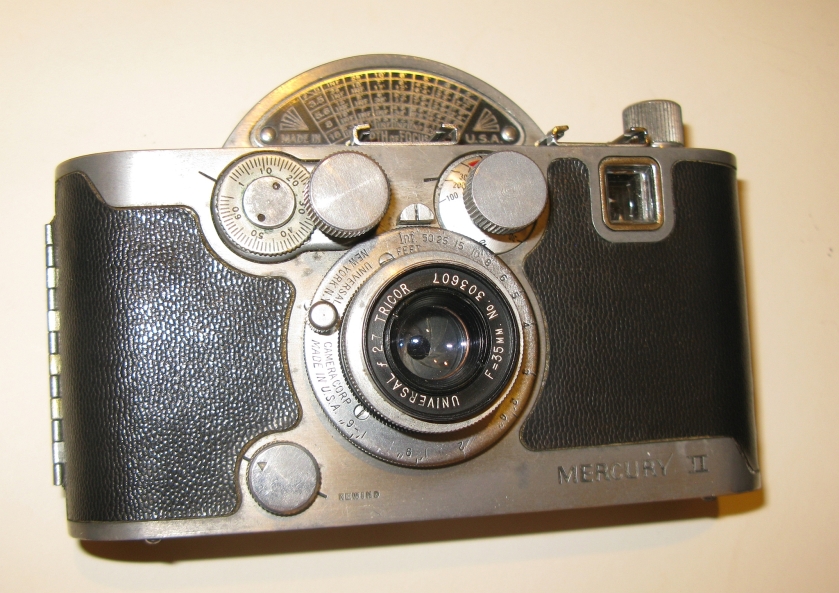 The rotary shutter has an axis of rotation that is parallel to the lens. This puts the winding knob and shutter speed selector on the front of the camera rather than the top. The body has an arched top to accommodate the shutter disk, and Universal made use of it to mount the depth of field tables for the lens. The back of the camera is dominated by an exposure calculator, which works on the same principles as my (much simpler) plastic version but is obviously much more complicated and uses tiny and almost invisible numbers and text.

In fact, the camera is covered in tiny little engravings and markings. This is not a camera for someone with senior eyesight, not unless you carry a magnifying glass. The lens aperture scale for example, is well hidden by the shutter speed knob. 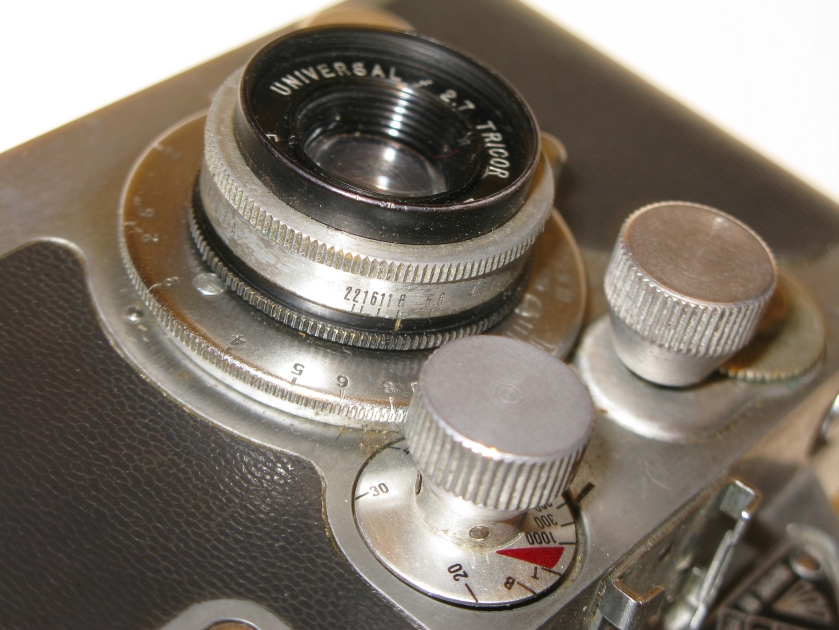 Speaking of shutter speeds, they are an odd lot. The series of speeds is not evenly spaced at whole-stop intervals. Instead there are odd progressions of two thirds or sometimes one and a third stops. The full list of speeds is:

One plus point though is that it has a true T setting: press once to open and again to close. No need for a locking cable release (even though there is a cable socket).

The lens is a teeny little American-made Wollensak. How teeny? It takes a 25mm lens cap. There were three lenses available – mine is a coated f2.7 triplet. There was a (probably cheaper) uncoated triplet at f3.5 and the top end job of a coated Hexar f2. All of them unscrew from the focusing helix, which is a fixed part of the camera.

The viewfinder is tiny and has no frame markings. The advice in the manual for dealing with parallax in close-ups is to use a pair of arrows in the right and bottom corners of the viewfinder. Place these on the centre of the subject if you are within five feet or less.

You will notice in the picture above that the camera has two flash shoes. The middle one is probably the earliest version of a hot shoe. The one over the viewfinder is a cold shoe and probably meant for a rangefinder.

The frame to frame spacing is wider than other half-frame cameras, so it doesn’t get quite as many shots per roll: 44 from a 24 exposure and 65 from a 36, rather than the 72 of something like an Olympus Pen.

Like a lot of old cameras, there is a definite sequence of actions to using it. The camera has to be wound on before the shutter speed is changed. The film counter has to be set before the camera back is closed on loading, so that it advances to the starting position. If you were looking for film photography to slow you down, this is the way to do it. It’s probably the photographic equivalent of a flintlock musket.

You can slow down even more by using the exposure calculator on the back.

You will definitiely need the magnifying glass for this, plus good fingernails. There are two separate disks that rotate on a fixed background and it can be difficult to turn one of them without the other also rotating.

These aside, the camera is rather delightful. It looks fantastic and feels like a rock-solid little lump of cast alloy. Its quirks are endearing – this thing is 70 years old and still working! 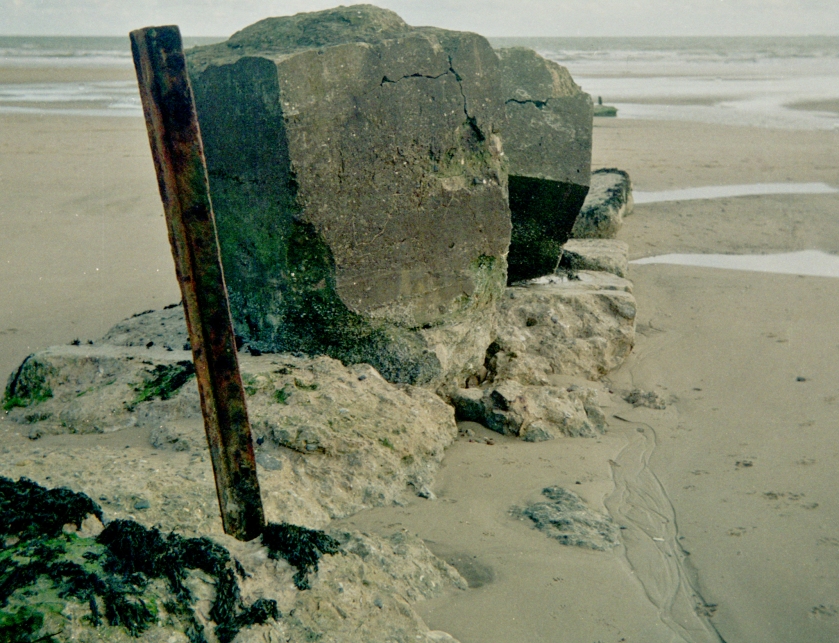 So Fritz, how does she handle? Nicely. The camera has some good heft. The first film through it came back well exposed, so the seventy year old shutter works well. The frames are reasonably well spaced, even though the film must be advanced by a train of gears running from the winding knob. The lens seems sharp enough, although the limit is likely to be the small film frame. I like it – it’s quirky and interesting. I can enjoy using the camera as much as I enjoy taking pictures.

3 thoughts on “The Universal Mercury II”